The 17th and the 18th century saw several waves of emigration of French Protestants to Prussia. While the first waves mainly brought craftsmen, the policy deployed by Frederick 2nd attracted more intellectual populations as well. Press, Court, Academy of Sciences were dominated by French language and culture – and remained until the early 19th century.

The first corpus edited here deals with Louis de Beausobre (1730-1783). Beausobre is the son of a German mother and a French pastor who enjoyed the favors of the crown prince and helped his son take advantage of them. Beausobre studied philosophy and published several books defending pyrrhonistic theses. He became a member of the Academy of Sciences in 1755. 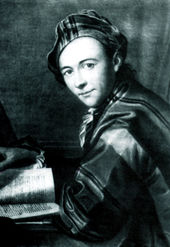 The second corpus is formed by the correspondence exchanged between Johann Albrecht Euler (1734-1800) and Jean Henri Samuel Formey (1711-1797). The two men share a bond both personal and professional. While Formey is secretary to the Royal Academy of Sciences in Berlin from 1748 to his death, Johann Albrecht Euler is appointed to the same function in 1769 in the Imperial Academy of Sciences in Saint-Petersburg. On a family stand, Euler married Formey's niece Sophie Charlotte Hagemeister in 1760, thus entering Formey's circle of relatives.

A hundred of the letters written by Euler is kept at the State Library of Berlin, while Formey's answers are kept at the archives of the Russian Academy of Sciences.

Both men enjoy privileges granted by their respective sovereigns, King Frederic II of Prussia and Empress Catherine II of Russia. Their privileged positions allow them to evolve around the leading figures of their time. In his letters, Johann Albrecht Euler regularly evokes significant events at Court, within the various institutions he takes part in, and within the francophone community of Saint-Petersburg. Thanks to his family connections and professional networks, he is a key figure of Petersburg's scientific activity, which he mentions at length throughout his correspondence.

His detailed accounts of scientific publications, expeditions and experiments initiated by the Imperial Academy and of his own social interactions not only give an insight into his daily life, but also inform about his father Leonard Euler's works, as well as those of a number of influent scientists of his time, such as Daniel Bernoulli, Caspar Wolff, and many others among Euler's circle of relatives and colleagues, both in Berlin and Saint-Petersburg.